Oakville Hydro is an electricity distribution company regulated by the Ontario Energy Board. It is a wholly-owned corporation of OEC.

Oakville Hydro's Board of Directors is responsible for overseeing the management of the corporation's business and affairs. These include assuming responsibility for the stewardship of the corporation in areas such as: strategic planning, risk identification and risk management, succession planning, communications policies and integration of the internal control and management information systems.

Oakville Hydro Board of Director Mandate

David Brennan, Chair, is a proven senior executive with extensive experience with boards and in legal and general management. As General Counsel or General Manager, he has been successful in combining legal and business knowledge with superior team building skills to generate significant bottom-line contribution and results. David is known as a strategic, pragmatic thinker with deep corporate and commercial acumen and an ability to drive profitable growth and stakeholder satisfaction. He is recognized for strong leadership and the vision to implement long and short term strategies, meeting both current and evolving business needs.

Over the last thirty years, David has held the SVP & General Counsel position at General Electric Canada and Ontario Power Generation. Under his leadership, these organizations successfully dealt with all legal and compliance matters and completed transactions and projects with values in excess of a billion dollars. As well, during this period, he held VP & General Manager/COO positions at GE Capital Canada and Miller Thomson LLP.

In addition to professional development at Harvard and Wharton business schools, David holds a Bachelor of Laws degree from the University of Western Ontario and a Bachelor of Business Administration from Wilfrid Laurier University. David is also admitted to the Ontario and Alberta Bars.

She has deep technology industry expertise, and more than 25 years of experience in IT and channel management, as well as leading and growing prominent technology companies across a range of sectors such as financial services, insurance, manufacturing, and public sector. She’s passionate about innovating to drive growth and unlock new revenue opportunities.

A highly regarded technology executive and transformative leader, Siobhan champions Finastra’s open culture and is a strong advocate for diversity and inclusion. She is the Executive Sponsor for the company’s LGBTQ+ and Friends initiatives, as well as supporting the Women@Finastra group.

Previously Siobhan was SVP, Technology Enabled Managed Services (TEMS) at Finastra, driving the company’s Canadian cheque and lending businesses. She joined Finastra from Westcon-Comstor Canada (a division of Synnex Canada Limited) where she was the Vice President and General Manager, leading the company’s operations in the region. Past positions also include serving as President of Forsythe Technology Canada (now CDW), where she built the Canadian business and launched the company’s managed services business arm for Forsythe Technology globally, and Vice President of Professional Services at MTS Allstream, a leading communications solution provider where she was responsible for sales, delivery and operations in the region  She started her career in IT at the Bank of Ireland

Patrick Crowley is a management consultant and a community volunteer.

Prior to his retirement from full-time employment he worked for the OMERS Administration Corporation as Chief Financial Officer, as Chief Operating Officer and as Chief Strategy Officer.  During most of his time at OMERS, he also served as Chair of the Management Investment Committee that reviewed and approved all investments in excess of $250 million and was responsible for Risk Management.

He has been married to his wife Marilyn for 45 years and is a father of four and is active in his church and in providing support to those who are less fortunate in our community.

Sarah Lantz, P.Eng. is a specialist in hazard and risk assessments for industrial facilities and land use planning applications.  Her exceptional leadership style, critical thinking and creative problem solving skills have resulted in 15 years of excellence in the execution of over 50 hazard and risk assessment studies, in Canada and internationally.  Sarah’s unwavering integrity, commitment and sound judgement are instrumental in her successful delivery of sustainable long term solutions and effective recommendations.

In addition to leading workshops and training sessions, as a technical specialist, Sarah has managed and prepared hazard and risk assessments for large scale energy generation, pipeline networks and industrial facilities.  She works with clients to review emergency planning zone boundaries and land use requirements for both internal due diligence and external regulatory requirements.  Sarah supports clients developing and communicating effective emergency response protocols and land use planning recommendations for industrial facilities and transportation corridors using provincial, federal and international guidelines and protocols.  She also provides peer reviews of third party risk assessments on behalf of clients, and advises them on their feasibility and policy implications.   Sarah works with organizations facing the difficult task of managing change following an accidental release incident, rebuilding trust both within the organization and with the public.  Sarah uses her dynamic facilitation skills and technical expertise to complete both a technical forensic analysis of the incident and to develop procedure improvements and guidelines to support a safety culture and manage growth responsibly.

Sarah graduated from the University of Waterloo with a B.A.Sc and an M.A.Sc. in Mechanical Engineering.  She also has additional post-graduate training in mechanical engineering at both the University of Alberta and McMaster University.  Sarah lives in Oakville with her husband and two sons, where she volunteers her time at Linbrook School as an Engineer-in-Residence and an active member of the Parents’ Association.

Prior to joining Algonquin, David ran an independent consultancy and was engaged as an Entrepreneur in Residence (EIR) at the RIC-Centre and the MaRS Discovery District.  These not for profit organizations are focused on stimulating innovation to accelerate the creation of successful Canadian enterprises.  In his 2.5 years as an EIR, David advised over 240 early stage organizations with a focus on Clean Tech ventures.

Mr. Pasieka earned a Bachelor of Science Degree (BSc) from the University of Waterloo, Masters of Business Administration (MBA) from the Schulich School of Business – York University and his Chartered Director (CDir) designation from McMaster University.  David has sat on the board of several companies including Luxell Technologies, Oakville Hydro, IseeMedia and Liberty Utilities. He has also served as a member of the faculty of the McMaster Directors College & Not-For-Profit Governance Institute where he has lectured on director selection/evaluation, climate change and Corporate Social Responsibility (CSR).

David and his wife Brenda have called Oakville home for the past 35 years where they reside with their two labs.  They are the proud parents of two grown children and two grandchildren.

Paul Pastirik is currently the Senior Vice President of Strategic Development at Bird Construction.  He has held that position since 2017.  Paul has had extensive experience in both the construction and energy industries where has lead Finance, Human Resources, Operations, Business Development, and other business function teams.  He has also played a leadership role in a number of mergers and acquisitions throughout his career.

Paul was recently a Board Member at the Ontario Energy Board for a two year term.  Paul also served six years as a Board Member at Mohawk College and was Board Chair during the last year of his second term.  He also served Board positions at Ovarian Cancer Canada, The Utility Contractors Association and The Ontario Energy Association.  Paul holds a Bachelor of Commerce in Finance and Human Resources from McMaster University, an MBA from the University of Ottawa and he is also a Certified Chartered Accountant.

Paul has been a resident of Oakville for more than 25 years.

Mike Russill was the founder and president of Russill and Company, an Executive Leadership Advisory Company assisting Leaders to develop as leaders and grow their enterprises. He has provided leadership coaching for more than 40 CEOs, GMs, and Executive Directors.

Mike acted as President and CEO of WWF Canada from 2004 to 2008 Under his  leadership WWF Canada increased its revenues by 90%, broadened its conservation reach into Climate Change and Freshwater and became the 7th largest country organization in the WWF International enterprise.

He served as Executive Chairman of Aadco Automotive, an environmentally focused automotive recycling company, and the first to receive Canada’s Eco logo.

He has served as a Director on a number of Boards including Nature Conservancy of Canada, CS Able Ltd. USA, Pioneer Petroleum Limited, UPI Petroleum.  Mike is past Chairman of the Atlantic Petroleum Association, and the Ontario Region of the Canadian Petroleum Products Institute.

Mike served on  the Dalhousie University School of Management Advisory Board and the Product Advisory Panel for Proctor and Gamble.

Mike currently sits on the Boards of Oakville Enterprises Corporation and Oakville Hydro Electricity Distribution Inc., and is the Chairman of the Human Resources Committee.

Mike serves on the Advisory Committee of ArtHouse, a children's charity providing free access to the Arts.  He provides strategic facilitation for Not for Profit Enterprises embarking on a strategic plan.  He volunteers as the Chair of the Governance Committee of the Oakville Golf Club.

Mike is married to Karen and they have three grown children, and six grandchildren.  His interests include spending time at the family cottage, hiking, kayaking, and golfing. 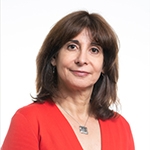 Sheryl Watson is a lawyer and business leader with decades of experience in delivering pragmatic legal and business advice, overseeing corporate governance and compliance, leading human resources teams and providing strategic leadership in the automotive industry.

Sheryl served for many years as General Counsel and Senior Vice President of ADESA Canada, the nation's largest vehicle remarketer, where she pursued her passion for enhancing the fairness, integrity and transparency of the used vehicle marketplace. With her extensive experience in the labour and employment law area, Sheryl also served as Vice-President of Human Resources for the Canadian business units of KAR Auction Services [NYSE:KAR], which involved overseeing the people function for over 3,000 employees coast to coast. Before joining ADESA, Sheryl practiced commercial litigation and employment law at the Toronto law firms of Oslers and Torys.

Sheryl previously served on Oakville Hydro's Board of Directors as a Director and member of its Governance & Risk Committee from 2008 to 2011.

Sheryl earned her Bachelors degree in Psychology from York University, her juris doctorate from the University of Western Ontario and has been granted the ICD.D designation from the Institute of Corporate Directors.